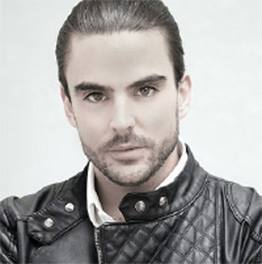 Raul de la Cerda (1988), Mexican industrial designer. Trained as a designer in Mexico, Paris and Madrid, looking to have a proper understanding of design, to produce new proposals in products and spaces, always starting from a concept without forgetting his identity, his context and the essence of each project.

In 2012, he became independent and started a design firm with his name, Raul de la Cerda. In 2013 he co-founded Anthe, a creative studio dedicated to developing solutions, proposals, strategies in communication for art, design, architecture, luxyry and fashion.

He has won several awards, like the first place in the category of “utilitarian object” in the National Silver Price “Hugo Salinas Price 2015”. He has been in several exhibitions at fairs and museums like Desgin Week Mexico, Abieto Mexicano de Diseño, Salone del Mobile (Milan), Salone Satellite (Milan), Cervantes Academy (Madrid), Zona Maco (Mexico), The London Design Festival (London), The Franz Mayer Museum (Mexico), among others.

His inspiration is life, the continuous curiosity about things, travel, art, his family, the people around him, his country; Mexico, his history and the passion and the desire to have to do things different.